“It’s cancer” he said. “But you knew that.”  Most of the rest of the reveal is a blur to me until I blurted out that my boobs have never done a damn thing for me – they have always been different sizes making me feel self conscious, they did not produce milk to nourish my children and now, they make cancer.  “You have to be fucking kidding me!” You should have seen my moms face. LOL

I had bought new bras for the first time in forever in March that year. They were nice. There were three of them…one white, one cream and one black strapless number…my bras are actually much more fun now. I even bought the strap hider ditties that tie your straps back in ways to allow for racer back tops and no straps. I took my bra off the evening of April 7 and felt something strange. I did not say anything until about 3 hours later when my now ex husband asked me what was wrong. “Feel this!” I told him as I put his hand on the prominent lump that surely should not be in my breast. He felt it too – I knew at that moment that this wasn’t good.

The next day was foggy to me. I was sad and in disbelief. Not to mention the fact that I did not have time for this in my life.  I was working really hard and burning the candle at both ends. I was volunteering for many community groups that I held close to my heart. I was raising two children in extracurricular activities. My father was on palliative hospice care with stage 4 brain cancer that was progressing (more about that later) and we were driving 3 hours south almost every weekend to see him as much as humanly possible. There was no time to fit in the doctor – let alone cancer if that is what this was.

Later that evening I told Tiffany. She was not pleased that I would ever consider waiting until the next week to ever call the doctor. Not pleased is actually less than what she was. I was to call the doctor the next morning and she would be calling me to verify that the task had been done. If you know Tiffany. you know that was no joke. She would give me until 10am. She was serious and has still yet to this day let me live down my demanding “I HEAR YOU, Tiffany!” scream I let her have at one point in the lecture.

So the next morning, I called my midwifes office. That is what you do right? That is who gives you a breast exam? She was on medical leave until the middle of June. That was going to be too long and would certainly not fit in to the deadline of 10am set by my friend. I got to thinking – I had a lumpectomy in early 2003. I had an emergency appendectomy in 2009 followed that same year by a colonoscopy.  I had a surgeon. Why did I need to go through extra steps. So I called their office and asked if I needed to be referred in if I was an existing patient. I told them what was happening and that I was concerned. My surgeon is amazing. Has a fun southern drawl (he calls hicky) and knows he is both good looking and good at what he does.  I will admit that is not a good combination in most men, but it works for him and I would like the people who are going to cut in to my body to be sure of themselves! He was unable to see me for two weeks. However, the receptionist called his nurse and they rearranged his schedule some to fit me in that Friday. WOW! This shit was happening and this week. Period. Full Stop. No time to waste.

I spoke to Tiffany and she was pleased that I had followed her orders. Amy was coming in the next night and we had a fun girls weekend in DC planned to celebrate another Amber’s upcoming nuptials. This was my group of ladies – we try to get together every year and celebrate our friendship and being girls, but adulting certainly gets in the way of that here recently. This year we were using this bachelorette party as our excuse and I found myself kicking off the weekend with a doctors appointment to see if I had breast cancer. Yay! I picked up Amy at the airport and could not tell her. I did not want her to worry or feel required to come to my appointment or to feel required to think about my mortality all weekend – for the love of God, we are supposed to be having fun – and I for one was already going down this path without dragging any others down with me.

I went to “work” the next morning while Amy slept in. I told my now ex husband I did not need him to go.  My appointment was at 10am and I was somewhat nervous, but had a shred of hope that he was not going to be worried about this lump. Like any other doctors office, I was brought back, weighed (BOO to that shit always being involved!), had my BP checked and went over my ridiculous health history.  Then I got the paper cover to wear while I waited for the doctor. Sidenote, that thing is not large enough – I felt like I was sitting on the exam table in a pink paper mid-drift cape. Lovely!  I am not sure why anyone designed those to be one size fits anyone…I guess they are supposed to make you feel more comfortable and less exposed, but you may as well just sit there topless.  Turns out soon enough, I wouldn’t care who saw my boobs!

Doctor Burns came in and we exchanged normal niceties that we always have. How’s the real estate business? When you coming back for a colonoscopy? Oh, right…40 – I will totally get to that story at some point on this blog I am sure… We do this every time I see him. I told him I had found a lump and was concerned – it isn’t like I hadn’t done this before with him. He was very reassuring and told me to go ahead and lay back so he could feel my new lump. The look on his face – the change in his voice – as he stated “4mm mass top right quadrant approximately 12 on the clock.  Schedule immediate mammogram” let me know that my fears were being confirmed and this is totally real life now. He assured me that they would get me in as soon as possible with the mammogram and check with my insurance. He was not sure if I would be able to have a mammogram on the left as well because I was only 34 years old at the time. Turns out, insurance denies such requests when you aren’t 35 and whoever gets to make rules about my own personal health have actually changed the age for mammograms to 40 – guys, you can’t fix stupid! He also told me that once the mammogram was complete, he wanted me to wait in the hospital and have a follow up ultra sound.

I immediately got to the car and started to freak the fuck out. I googled 4 mm mass in breast and read everything I could find. Trust that this is NOT comforting and I made a vow to myself to stop doing shit like that! I stopped by the house to pick up Amy and we headed to Uniontown to get my car serviced before we jetted across to DC. She asked me a question in the car and I handed her my phone to check in with Google. Damn! I forgot to close the 4mm mass tab and now she was staring at me wide-eyed and freaked out. Tears in her eyes. Guess I am telling Amy now too.

I felt so good at that time and I knew life was about to get really hard really fast. And that I was going to be made to feel like shit all in the name of saving my life. There was no choice. I had two daughters. I was gearing up for the fight of my life and I, man, I wasn’t prepared for the shit that came with it. Honestly, though, I can tell you my cancer diagnosis and journey was my saving grace.

I can’t wait to tell you more… 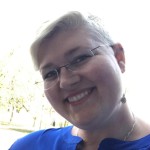 lindsayCancer Changes Us…but it is up to you to determine who you become on the backside!05.02.2018